For the first time in its history, FN Herstal will display its deFNder® Medium Remote Weapon Station (RWS) together with the ANTARES optronic system at the international EUROSATORY exhibition, due to be held in Paris, France, from June 11 -15, 2018.

The ANTARES, designed and developed by Thales, is an innovative, multifunction optronic system composed of a single, suprahemispheric, high-resolution sensor and a calculator. It provides 360-degree local situational awareness as well as mobile targets and laser warning detection capabilities.

The deFNder® Medium equipped with ANTARES is now available with additional, significant benefits, including real-time perimeter surveillance all the more important given its location on a platform high point and its minimal parallax in rotation. Additionally, the deFNder®Medium features a new rally-to-threat mode on threats detected by ANTARES. Lastly, this is a fully autonomous solution, simplifying the integration for OEMs.

The deFNder® Medium on display at the FN Herstal booth at EUROSATORY will feature both the .50 cal FN® M3R machine gun, capable of firing 1,100 RPM, and smoke grenade launchers, therefore demonstrating combined offensive and defensive capabilities. The RWS will be integrated onto the THeMIS unmanned ground vehicle (UGV) from Milrem Robotics.

In addition to its RWS range of products, FN Herstal will have its full range of solutions on display, including small caliber firearms and ammunition, less lethal systems, FN® e-novation solutions and further integrated weapon systems for airborne, land and sea applications. 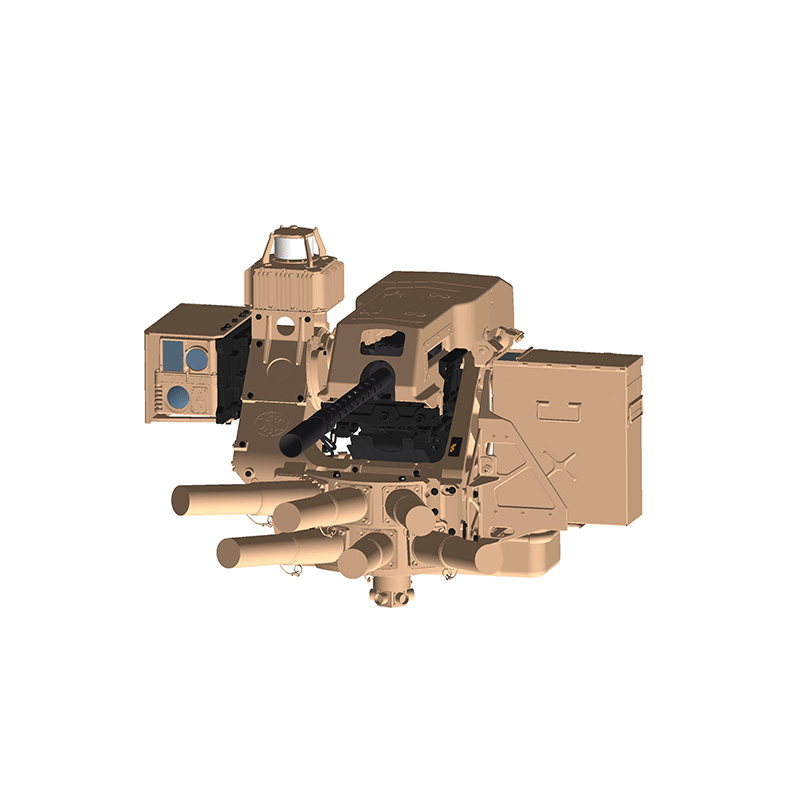