For 130 years, Belgium-based FN Herstal has provided generations of Defense and Security Forces as well as Special Units, with weapons that give them a clear advantage in any engagement. FN Herstal will exhibit its small caliber weapon and weapon systems at DEFENSE & SECURITY 2019, Bangkok, from November 18 through to November 21.

PORTABLE WEAPONS: FROM THE FN LESS LETHAL SOLUTION TO THE FN MAG®

A wide range of FN portable weapons will be displayed at Defense & Security 2019. FN Herstal proposes rifles and carbines for all types of Defense and Security missions. Based on the rifle that equips elite military Special Forces worldwide, the FN SCAR®-L (5.56x45mm/.223 Rem) and FN SCAR®-H rifles (7.62x51mm/.308 cal.) are available in several versions: various barrel lengths; wide offering of buttstock types; choice between receiver with Picatinny type side rails or KeyMod receiver; black or FDE color. The subcompact FN SCAR®-SC subcompact carbine is the newest addition to the FN SCAR® family and is available in 5.56x45mm (.223 Rem cal.) or 7.62x31mm (.300 BLK).

The FN SCAR®-H PR precision rifle is a highly reliable and extremely accurate weapon of choice for the specialized Marksman. The semi-automatic 7.62x51mm (.308) rifle with its heavy floating barrel and Match grade trigger provides rapid shots on target even at long range. The long one piece integrated top rail allows day and night optics to be fitted in line. A choice of buttstock options – foldable or fixed, tactical – allow the rifle to be adapted to the user’s needs. When there is no margin for error, the FN SCAR®-H PR precision rifle can make the difference. Next to the FN SCAR® line, FN Herstal will exhibit the world-renowned FN MINIMI® Mk3 light machine guns available in 5.56x45mm and 7.62x51mm NATO calibers and the original FN MAG® general purpose machine gun.

The FN 303® Less Lethal solution, also on show, is particularly effective when a baton is not sufficient and lethal force may still be avoided. Personnel can intervene with an acceptable level of force while remaining at a safe distance.

Also to be seen at Defense & Security 2019, the deFNder® Medium Remote Weapon Station.

FN fixed-forward firing capabilities will also be on show with the FN® D-RMP Digital Rocket Machine Gun Pod. It comes with a 250-round .50 cal ammunition box and three 70mm rocket launcher tubes and is digitally compatible (MILSTD-1760 standard compliant).

Alongside airborne applications, FN Herstal will also present its agile FN® Light Pintle System (LPS), to be mounted on new or in-service platforms. The FN® LPS equipped with the FN MAG®58M is well-suited for self-defense and suppressive fire in an anti-personnel role up to 1,000m.

Throughout its whole product range, FN Herstal offers 360-degree service support, including a wide range of certified accessories and ammunition. 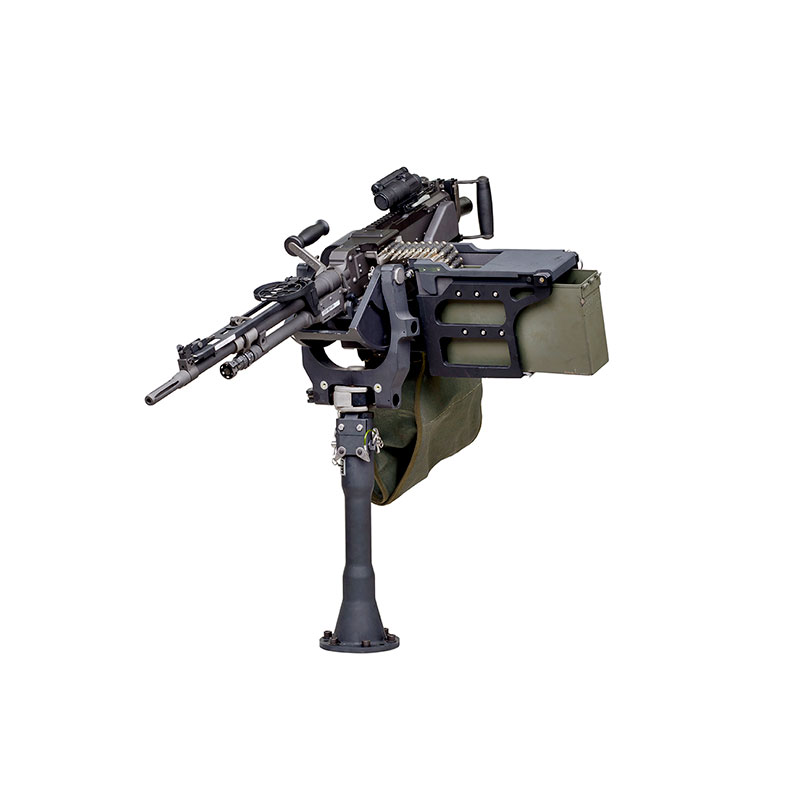