You couldn’t make it to DSEI or to MILIPOL?

These were the highlights on the FN booths

After an 18-month interruption of nearly all trade shows worldwide, DSEI and MILIPOL, two major trade fairs in Defence and Security, took place respectively in London and Paris. A great opportunity for FN Herstal to unveil its brand-new developments. 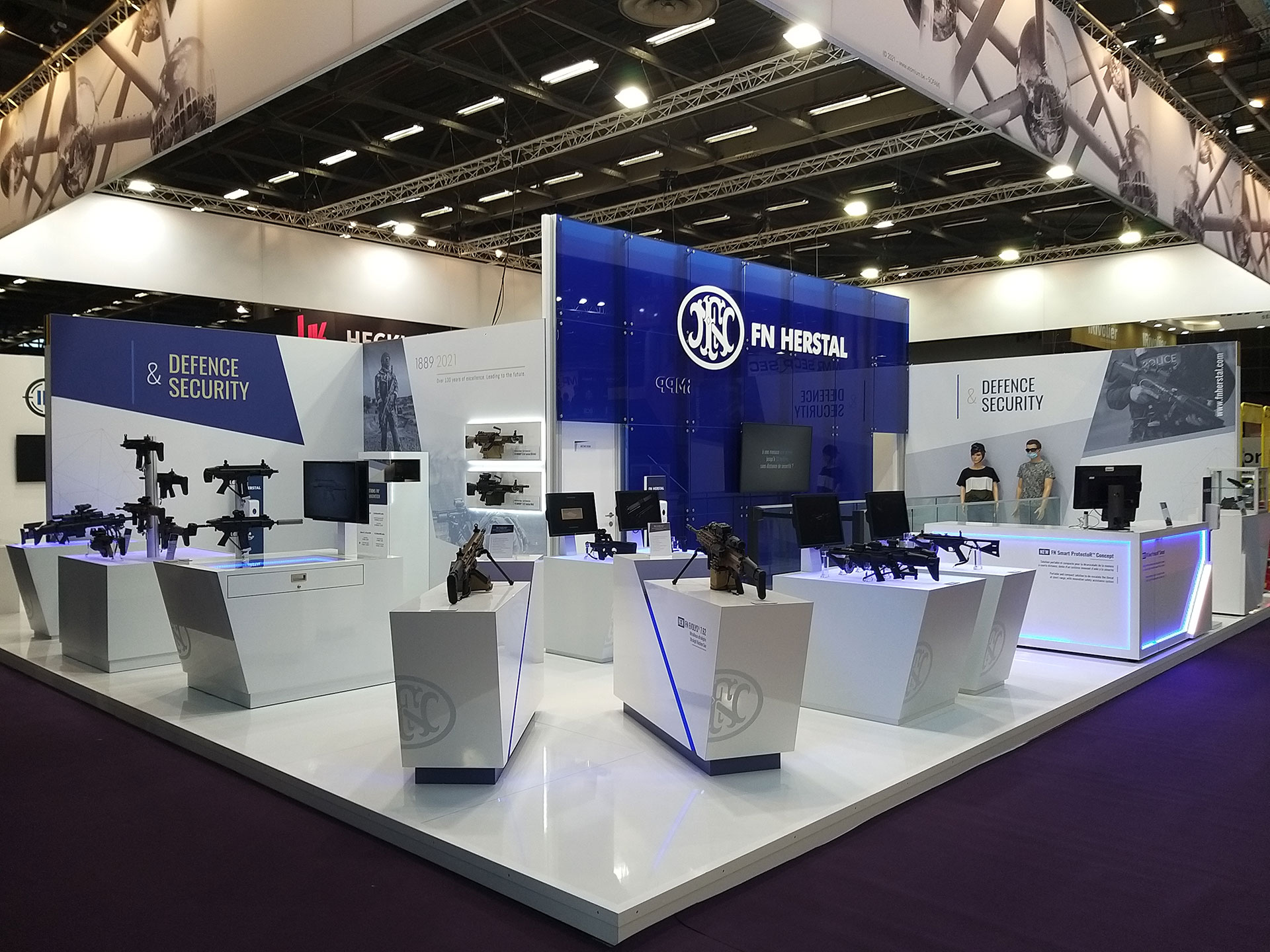 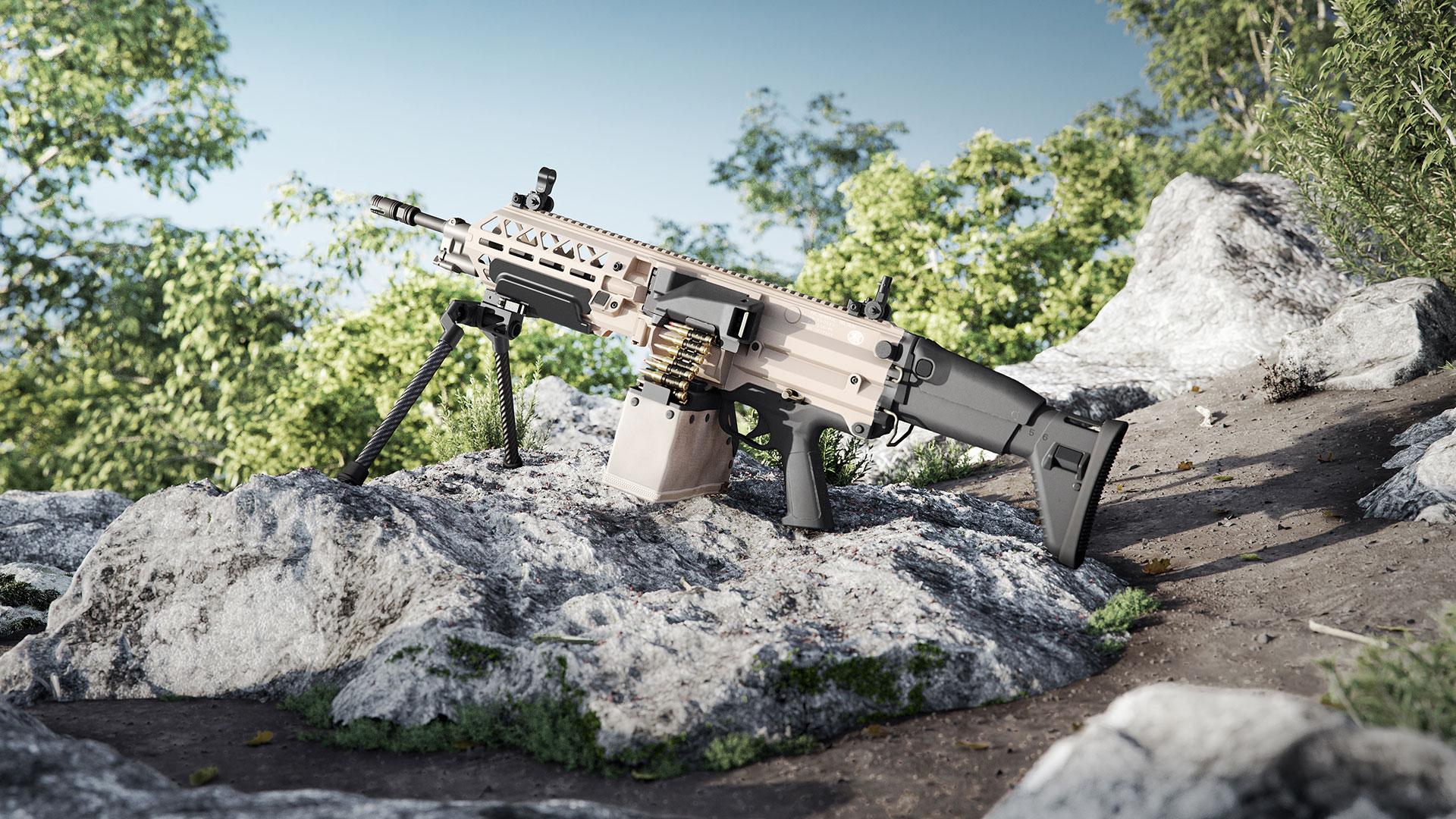 DSEI international was the first opportunity for people to get hands-on with the new FN EVOLYS™ ultralight machine gun. As expected, it generated much attention and interest from trade visitors and media. This revolutionary new design combines the firepower and endurance of a true machine gun with the ergonomics of an assault rifle. 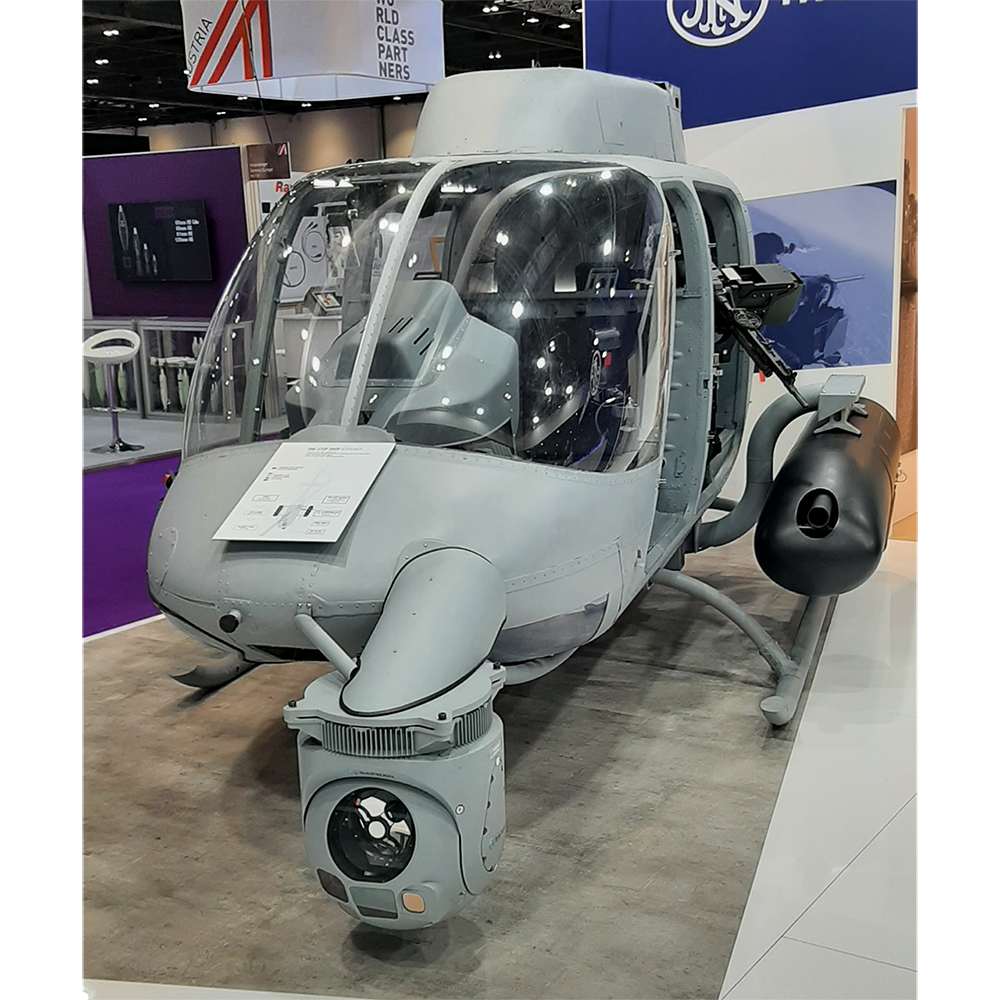 A proof of concept could also be seen to illustrate the complementarity between FN machine guns and Thales Belgium guided and unguided rockets on the deFNder® Medium remote weapon station for a broader spectrum of ground-to-ground applications.

Definitely more compact and highly modular, the FN 303® Tactical is the perfect solution for missions at close range (0-50m) and in confined areas when use of lethal force must be avoided.

As far as modularity is concerned, the user has the choice between different buttstock types, pistol grips, optical sights and accessories. 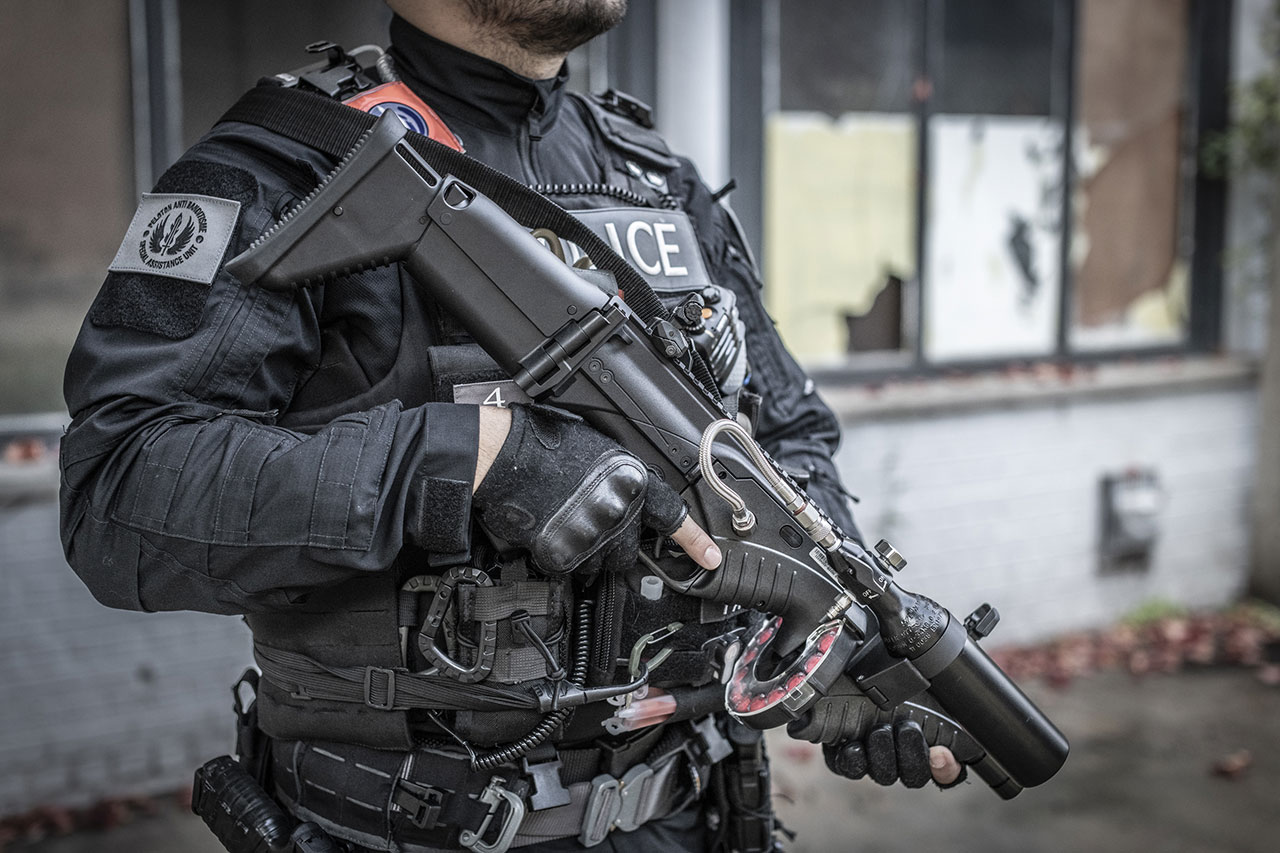 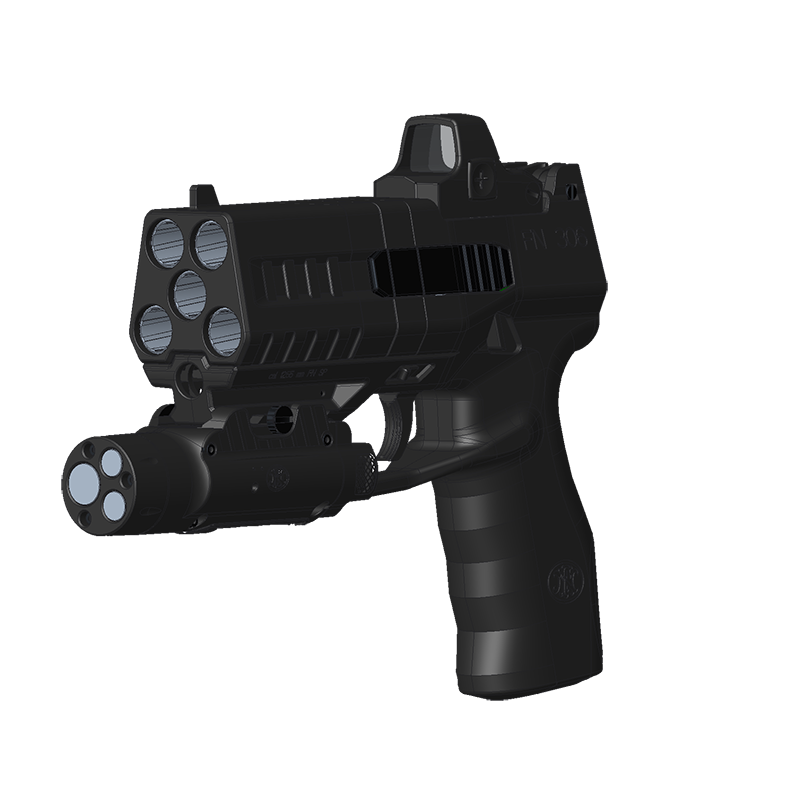 Combining operational effectiveness and enhanced safety the FN Smart ProtectoR™ provides a credible alternative to less lethal systems such as rubber ball launchers and electroshock handguns for short and very short-range engagements (0-10m). Visitors had the opportunity to test the concept, either via a VR experience or a simulated shooting experience.