Belgium-based FN Herstal, one of the world’s leading designers and manufacturers of small caliber weapons and ammunition, and integrated weapon systems, is proud to announce that the FN®-designed 5.7x28mm caliber was recently recognized as a NATO caliber with the NATO STANAG 4509 (standardization agreement).

FN HERSTAL, THE ORIGINAL DESIGNER OF THE 5.7X28MM CALIBER

FN Herstal started the design of the 5.7×28mm cartridge in the late 1980s when body armor was becoming standard combat equipment and the modern-day battlefield required a more appropriate and more effective Cartridge.

Simultaneously, FN Herstal designed the FN P90® Personal Defense Weapon (PDW), then later the FN Five-seveN® pistol, two weapons firing 5.7x28mm ammunition that are currently in service with a large number of military and police forces across the globe.

In a continuous effort to promote interchangeability of all small caliber ammunition used by allied armed forces, NATO has recently finalized the standardization process of the FN®-designed 5.7x28mm caliber by promulgating the standardization agreement (STANAG) 4509.

The 5.7x28mm caliber is now integrated into the Multi-Caliber Manual Of Proof and Inspection (AEP-97) and joins the standardized NATO small caliber ammunition portfolio, along with the 9x19mm NATO, the 5.56x45mm NATO, the 7.62x51mm NATO and the 12.7x99mm NATO (also widely known as the .50 caliber).

As a NATO standardized caliber, the 5.7x28mm caliber provides armies with the guarantee of interchangeability between ammunition from different manufacturers and operational efficiency in weapons of this caliber.

Coming after the FN®-designed 5.56x45mm and 7.62x51mm calibers which were standardized by NATO in 1957 and 1981 respectively, this new NATO standardization confirms FN Herstal’s leading position as a designer and manufacturer of small caliber weapon-ammunition systems. It also reinforces the Belgian company’s strategy and dedication to provide modern-day armed forces and security forces all across the world with the best performing and efficient small caliber ammunition concepts and designs.

Want to know more about the origin and benefits of the 5.7x28mm caliber?

Click here to discover our White Paper called “5.7 caliber: defeating the target. Why is the 5.7x28mm the optimum choice for pistols and compact close-range weapons on modern-day battlefields”.
*https://nso.nato.int/nso/ 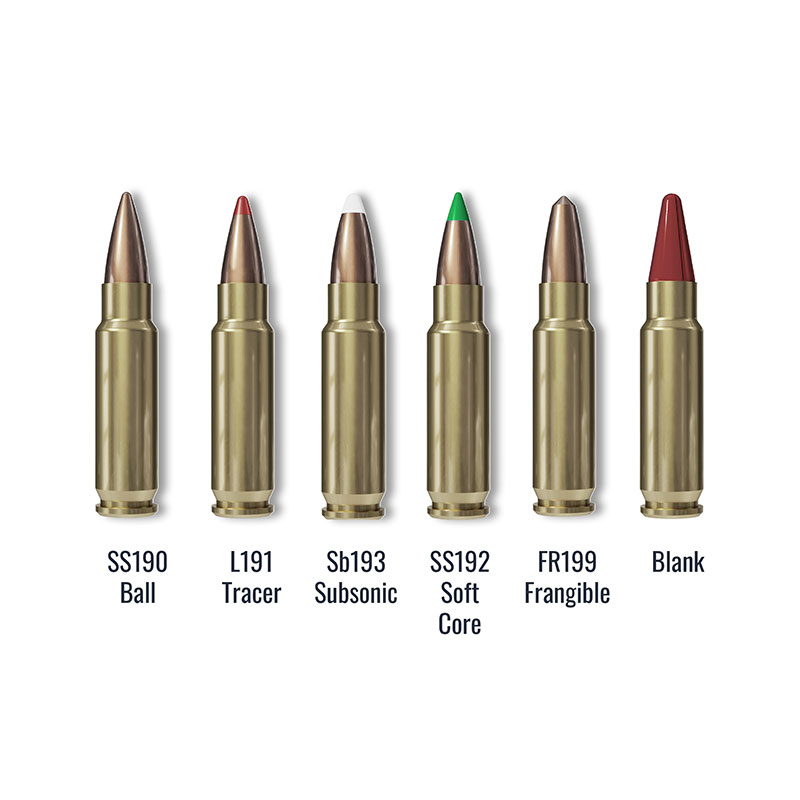